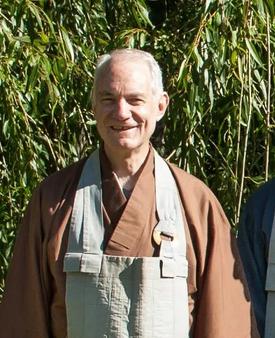 This will be Trueman's first visit to Louisville Zen Center. He'll sit with us, offer a Dharma talk, and respond to our questions during tea. So bring your practice and other questions!

Like so many practitioners, Venerable Trueman Taylor discovered Zen Buddhism through The Three Pillars of Zen by Roshi Philip Kapleau. After completing his university studies in Canada in 1997, he moved to Rochester, New York, for full-time residential training at the Rochester Zen Center.

Currently, he devotes most of his time overseeing training at Rochester Zen Center (under Roshi's guidance), participating and monitoring sesshin (intensive Zen meditation retreats), attending to the day-to-day activities of the Center, and when he can, watching movies.

John Pulleyn was Louisville Zen Center's in-person guest teacher in 2017.  On May 3rd he'll sit virtually with us and offer a Dharma talk.

John has been practicing Zen for over 50 years, working with the late Roshi Philip Kapleau, founder of the Rochester (NY) Zen Center and author of Three Pillars of Zen, as well as Kapleau’s successor, the current Abbot, Roshi Bodhin Kjolhede.

After graduating from Oberlin College in 1968, John joined Rochester Zen Center’s staff.  He later worked for many years both as a paint and wallpaper contractor and as a software developer.  John became a pediatric nurse at the age of 50, with a nursing degree from SUNY Brockport.  He worked for 10 years on the adolescent unit of Strong Memorial Hospital in Rochester, NY.

John is a teacher at the Rochester Zen Center and for 15 years was Head of Zen Training and Assistant to the Abbot.  He regularly leads sesshin (intensive meditation retreats) in New York and Wisconsin.

John Pulleyn lives in Pittsford, NY with his wife of 47 years. They have a daughter and two grandchildren who live nearby and a son who passed away in 2012.​​​​​​​ 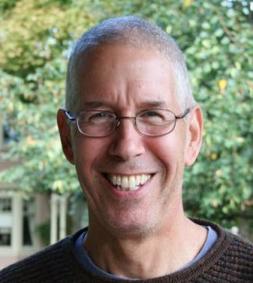 This will be Gerardo-sensei's first visit to Louisville Zen Center. He'll sit with us, offer a teisho (formal Zen talk), and chat with us during tea. So bring your practice and other questions or comments!

Sensei Gerardo Gally is the teacher at Casa Zen Mexico, Mexico City, Mexico.  He committed to Zen at a 1980 sesshin led by Roshi Philip Kapleau in Mexico. After attending sesshin four times a year for 22 years and completing Rochester Zen Center's koan curriculum, Gerardo was sanctioned by Bodhin-roshi as an independent teacher and leader of the Mexico Sangha.

After receiving bachelor’s and master’s degrees in architecture, Gerardo worked in housing design, and then started his own architecture firm. Later, when his father was unable to continue managing the family-owned publishing house, Gerardo assumed responsibility for the business. Last December he sold the publishing house so that he could devote his full time and energy to Zen teaching.

Over the years, Gerardo has been an active member of organizations such as the Buddhist Community of Mexico and the Association of Mexican Publishers, of which he was also a board member. He has served as board chairman of the Association of Publishers for the Regulation of Photocopying, and is currently serving an eight-year term first as treasurer and now as vice chair and board member of Oxfam Mexico, an organization that works to alleviate hunger and poverty.

Growing up in a multicultural environment as the Mexican son of a Spanish father and an American mother has given Gerardo a wide-angle lens through which to view the world in its multidimensional aspects, as well as experience in bringing those diverse perspectives to the particulars of everyday needs and problems. 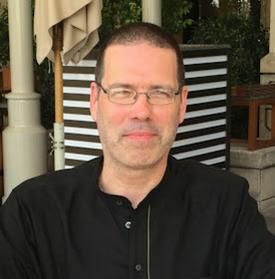 Louisville Zen Center's virtual guest teacher series was paused during the "on" period, more intensive months of Zen training.  We intend to resume hosting guest teachers in the near future.

Dharma Voices include various teachers and senior students in the Rochester Zen Center lineage - men and women, lay and ordained, older and younger - that have been trained in the same way from the same teachers, but each has their own life experiences that inform how they embody, thus instruct, the Dharma.  Different people.  Different "voices".  Same Dharma.

Eryl Kubicka (pictured, left) was born in England in 1941 during the Second World War. The experience of growing up in the precarious and unpredictable environment of a country at war influenced a later search that led to Zen Buddhism.

Eryl graduated as a physical therapist in1963. In 1969 she joined the American Friends Service Committee (AFSC) in Vietnam as a physical therapist and practicing Buddhist serving in a rehabilitation center for war-injured civilians in the war-torn province of Quang Ngai. There she met Louis (now Venerable Wayman Kubicka;  pictured, right). The couple married in 1970, and spent eight more years involved with the AFSC in post-war reconstruction projects.

In 1980 Eryl and Wayman attended their first Rochester Zen Center introductory workshop in Madison, Wisconsin, and joined the affiliate there soon after. Like many sangha members with young children, finding time to attend seven-day sesshins in Rochester was difficult, but made easier because both were practicing and could alternate a couple of times a year. They practiced with the Madison Zen Center for twenty years, serving as the group leaders from 1991 to 2000. 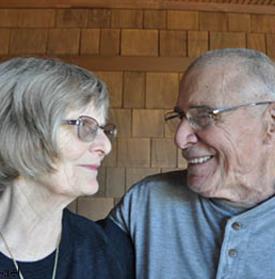